Catching up with August 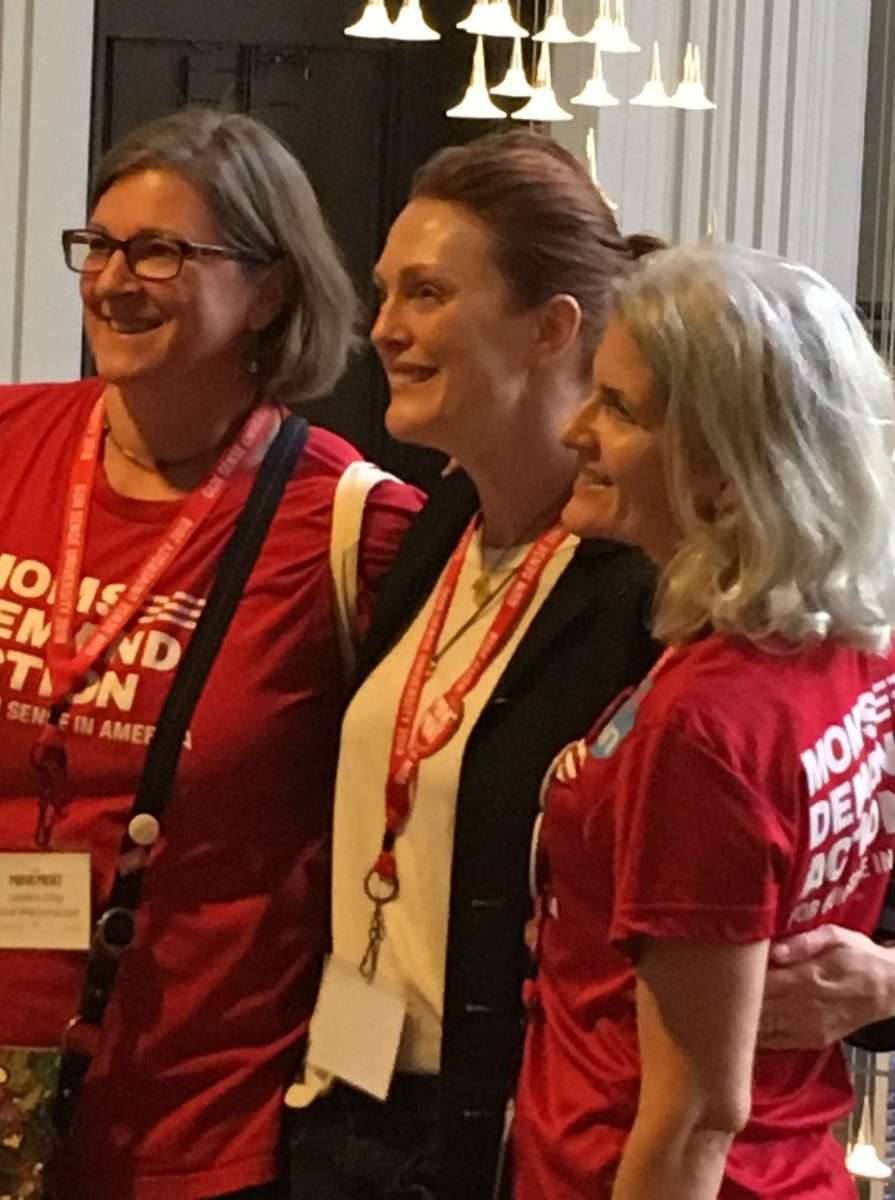 August went by in a blur — not just because I traveled to two conferences and visited family,  but also because I was battling upper respiratory symptoms. I powered through several days, then spent many days in bed on antibiotics, and had a handful of days where I felt like my old self… until the relapse occurred. I’m still in the midst of that, so what better time to catch up with a blog post? 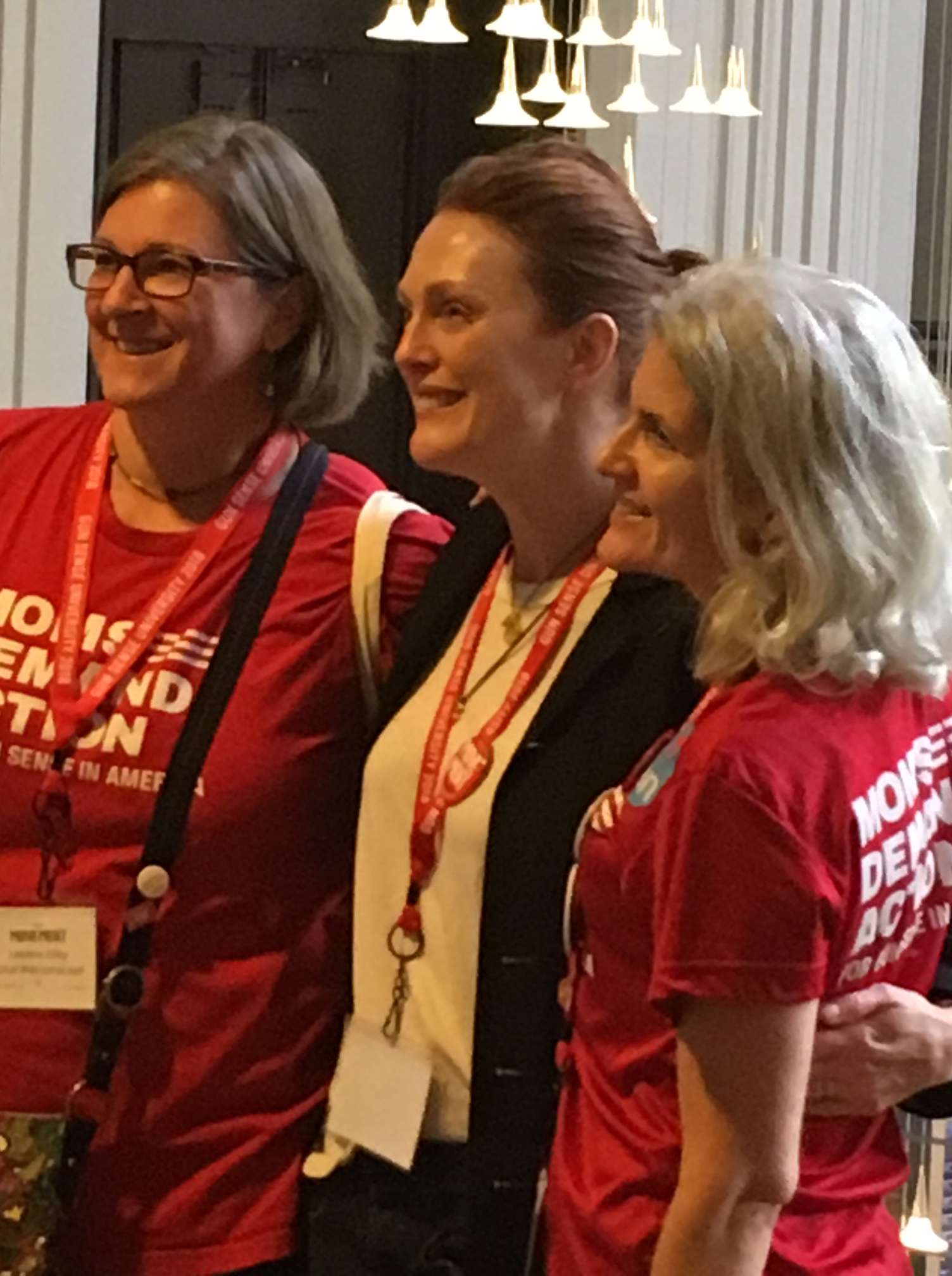 During the second weekend in August I headed to Atlanta to participate in Gun Sense University, a gathering this year of over 1,000 gun violence prevention advocates and volunteers with  Moms Demand Action. Key speakers were Shannon Watts, founder of Moms Demand Action; Michael Bloomberg, founder of Everytown for Gun Safety;  Julianne Moore (in the center of the photo at left), founding chair of the Everytown Creative Council; Stacey Abrams, Democratic candidate for governor of Georgia and many more. It was intense and inspiring to be part of a large, vocal, enthusiastic group of folks who care about making our communities safer from the scourge of gun violence.

I also got to bond with the Maine team – a group of smart, passionate, fun and funny women! There were mostly women at the conference, but men were there too, and gun owners, and political conservatives, and I became more aware o 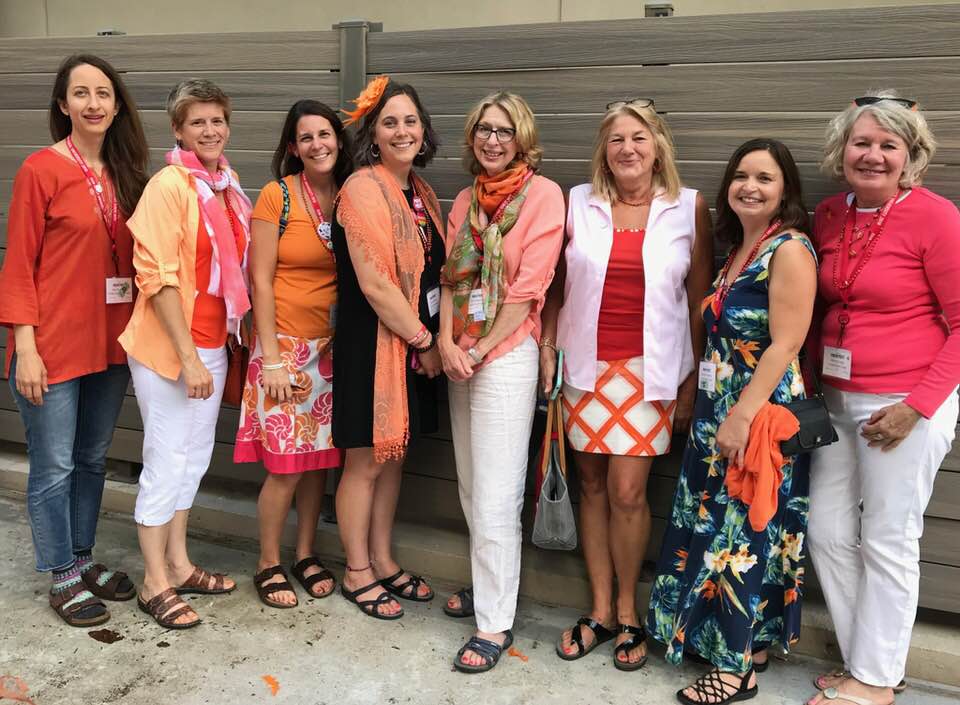 f how this movement must do more to be inclusive. We need all kinds of sensible voices to bring common-sense gun laws to our varied communities across the country.

One of the Moms Demand Action programs that is apolitical is a gun safety program called Be SMART. I became the Be SMART lead for the state of Maine because I care most about trying to find common ground around making homes and neighborhoods safer, especially for kids, teens, and those who might be tempted to harm themselves or others. I also don’t really want to debate gun politics, which is too polarized to be fruitful in any way. This is not to say that I don’t have opinions about the kinds of laws that I think could make us all much safer, just that I do not want to mix that up with the Be SMART message. In Maine, as in many parts of the U.S., guns are a part of the culture of hunting and self-defense. People own guns. The point is to try to get those who may not store them safely to start doing so.

I came home from Atlanta fired up to begin my Be SMART work. I wrote a letter to the editor – “Firearm tragedies can be avoided” – that got published on Aug. 26th at CentralMaine.com, which includes the Kennebec Journal and Morning Sentinel. I’m grateful that they published the letter to help get the word out. This fall my Be SMART team will be setting up presentations with local community groups and tabling at fall festivals. Maybe you’d like to see if there’s a Be SMART activity happening in your area and check it out?

Secure all guns in your home and vehicles.

Ask about the presence of unsecured guns in other homes

Recognize the signs of suicide and depression.

Tell your peers about Be SMART.